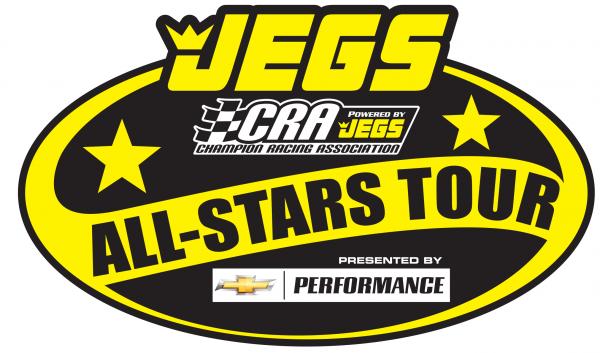 The Champion Racing Association (CRA) Jegs All Star Tour presented by Chevrolet Performance is a premier touring Crate series that allows multiple engine packages, but strives to keep each of them equal.  We had a chance to speak with Series Director, Glenn Luckett, who told us more about the series.

CI:  For those who may not be familiar, what are the basics of your series? (Car type, surface, engine, region)

CI:  Tell us how you came to found the series:

GL:  Founded in 2011 by Champion Racing Association in conjunction with Chevrolet Performance who wanted a nationally recognized touring template crate late model series. 2014 will be our fourth season.

CI:  How do your rules align with other similar series?

GL:  Keeping all our racers on an equal playing field while trying to also keep cost under control

CI:  What is the one thing that people misunderstand the most about your role as the Series Director?

GL:  How tough it is to call a race and try and keep everyone happy while treating everyone fair.

GL:  I believe crate motor racing is here to stay, it's a great way to race for a little less money than a Super Late Model and a great way to get experience in a late model before trying to move up.

For more information, you can visit the series website at www.cra-racing.com.