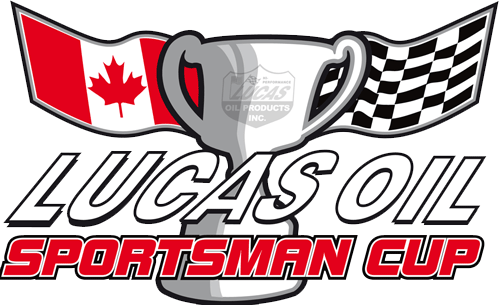 The Lucas Oil Sportsman Cup is a successful asphalt series in Canada.  We caught up with Series Director, Dave Alexander, who told us more:

CI:  For those who may not be familiar, what are the basics of your series? (Car type, surface, engine, region)

DA:  An NSCA (National Stock Car Association) Race Car is built on the format and design that allows race teams to work with existing specifications and dimension of Canada's one time Largest Stock Car Series – CASCAR.  NSCA cars weigh in at 2,850 pounds and are powered by V8 engines from three different manufacturers. Lubrication is either a dry sump or a wet sump system. Crate engines from Chevrolet, Ford and Dodge are also allowed.  We race on paved ovals in the province of Ontario. We are also receptive to road courses and dirt ovals in the future.

CI:  Tell us how you came to found the Lucas Oil Sportsman Cup Series

CI:  How do your rules align with other similar series?

DA:  Our rules are somewhat similar to the NASCAR Canadian Tire Series. We allow Super Stocks from some tracks providing they have a certain brand of fiberglass body.

CI:  What is the one thing that people misunderstand the most about your role as the Series Director?

DA:  Most people think running a series is an easy job.

DA:  Crates are here to stay. I don’t know why everyone in our series doesn’t run one.